If you are purchasing a condominium, a home or any other type of building, or even vacant land, you must have a complete Title Search made on the property. There may be others who have rights in the property – Banks and lenders who have secured the property with outstanding mortgages, local city or county governments who are due unpaid property taxes, and even contractors who have lien claims to whom the owner owes money for work that was completed and not paid. The property may be sold without their knowledge, but the claim is still good until satisfied.

Hidden Risks Regarding the Title Marital Status of Owner Incorrectly Given:
An owner may claim that he or she is single or divorced in another state, resulting in a claim by a spouse or former spouse.

Undisclosed Heirs:
If an owner dies without a will, the courts must decide who the rightful heirs are. But such a decision may not be final or binding on any heir who was not notified of the proceeding.

Mental Incompetence or Minors:
A transfer of a property by a minor or a person adjudged to be mentally incompetent raises special problems. To be valid and binding on a minor or incompetent, the transaction must be made by guardians or appointed by the court. If a Deed or release was executed by a person who was a minor or under mental disability at the time, the transaction may be voidable or invalid.

Fraud and Forgery:
The owner may have been fraudulently impersonated. Deeds, releases or other documents may be forgeries.

Defective Deeds:
A Deed may have been delivered without consent of the owners or after his or her death. A document may have been executed by a Power of Attorney that has expired, or an officer of a corporation may not have been properly empowered to act as signer of the Deed.

Confusion Due to Similar or Identical Names:
Despite a careful investigation to prevent it, some confusion of identity is possible, especially where names are similar. For instance, there are many common names such as Jones, Johnson, Smith or Williams. Also, two members of the same family might have the same name, as in the case of father and son, and the title may be in one while the Deed is executed by the other having no title.

Errors in Records of Clerical Work:
A document may be missed in searching, or may be misindexed in the Land Records. Clerical mistakes are infrequent, but they do happen. 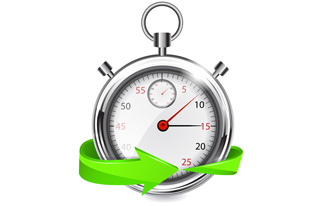 Get a Fast Title Quote

CLOSE IN YOUR HOME OR OFFICE

We'll come to your home or office to complete the closing paperwork – saving you time & money!

Get a Quick Quote

Get a Quick Title Insurance Quote

Get a free no-obligation quote for your title closing.